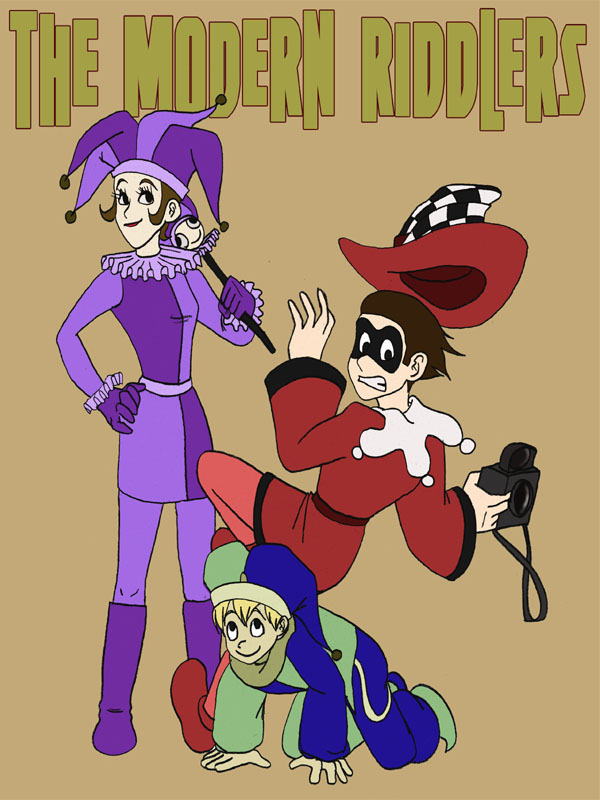 This is the latest in a long series of commissions. I was still very new to Photoshop when I did the first 28 pictures for a newspaper-style comic being developed by a fellow Ohioan writer in 2008. Twenty-five were in greyscale while three were colored. Two years later, the author of the comic re-commissioned me to color the original greyscales. I redid those and made some improvements to the three that had been colored in 2008. I was also asked to come up with a picture of all three characters doing something silly. This was the end result. I always enjoy coloring these because the author gives me a ton of freedom. In staying consistent (and a little more typified for newspaper comics), this was not cel-shaded.