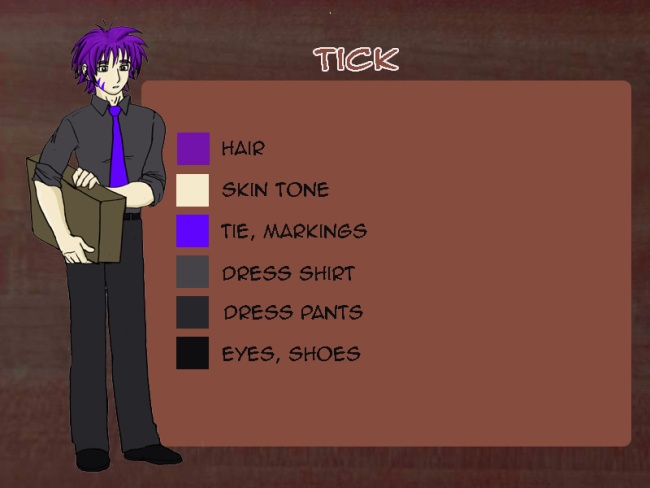 Tick begins the series in more formal wear than originally intended. He was originally very skinny. I toyed with the idea of buffing him up but this proved misleading as well. In the end, I settled for an in-between build. I needed a very specific vibe from this character and I had a difficult time finding balance with him.He is named for two people: Tobin for Tobin Bell (best known for portraying John Kramer/Jigsaw in the Saw films) and Fraser for Frasier Crane, my favorite radio psychiatrist:)