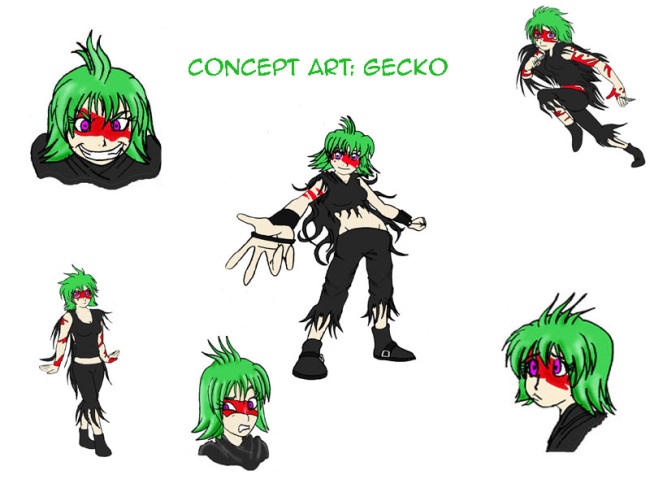 Gecko has changed very little in design over the last four years. She was originally written as a villain in my first webcomic but the character developed such a fun personality that her innocence would end up being split into several aspects in other characters: her malicious behavior would appear in Grey and Vitani Jr. while her more pleasant tendencies were left intact. Her costume and markings are now less elaborate (see bottom left, upper right) and she has become far less curvy.