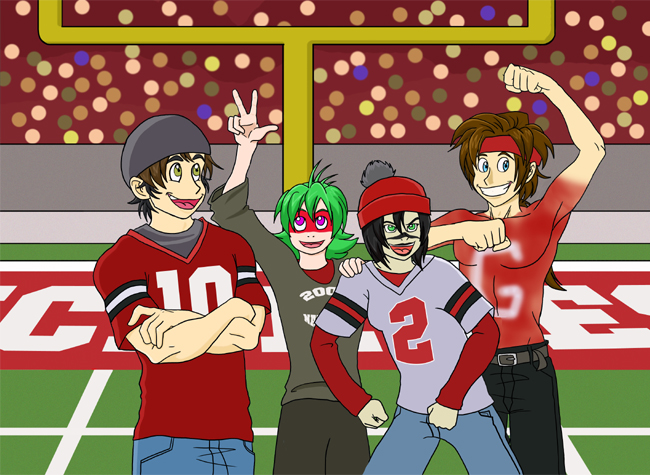 The initial drawing only took about 20 minutes and came to me unsurprisingly while I was watching my alma mater rocking the American college football stadium once again. While the Xenos, as a largely English cast, would probably not be realistic spectators, I enjoyed conveying this sense of sports hype. I know I look forward to football season all year as opposed to the rest of the year to which I handily refer as non-football season.